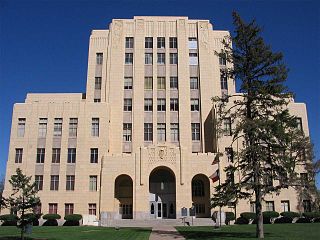 Potter County Courthouse in Amarillo
by Nguyen Why

This weekend finds another commercial truck driver of a tractor trailer fleeing the scene of an 18-wheeler truck’s accident. This time it occurred in North Texas around Amarillo where a female bystander at the parking lot of a truck stop became critically injured at the end of a police chase.

Police officers responded to calls about dangerous, erratic driving of an 18-wheeler along IH 40. The truck driver refused to stop. Eventually, he would drive over and crash into other vehicles, telephone and light poles and street signs in an effort to evade the police. The police has now apprehended him. He is in jail looking at charges for aggravated assault and evading arrest.