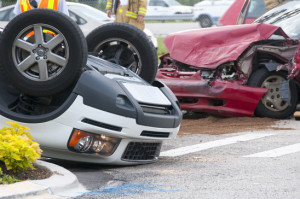 This Wednesday, traffic was backed up for miles on Hwy 21 between San Marcos and Bastrop due to a multiple-vehicle accident involving two 18-wheelers and four passenger cars. Sometimes close to the noon hour an 18-wheeler struck a pickup truck from behind as it was making a left turn. This chain of unfortunate events eventually brought in another commercial truck and three other passenger vehicles. According to the Bastrop County sheriff’s office, one person had to be cut out of their car. More details from Statesman.

The Critical 48 Hrs after an Accident